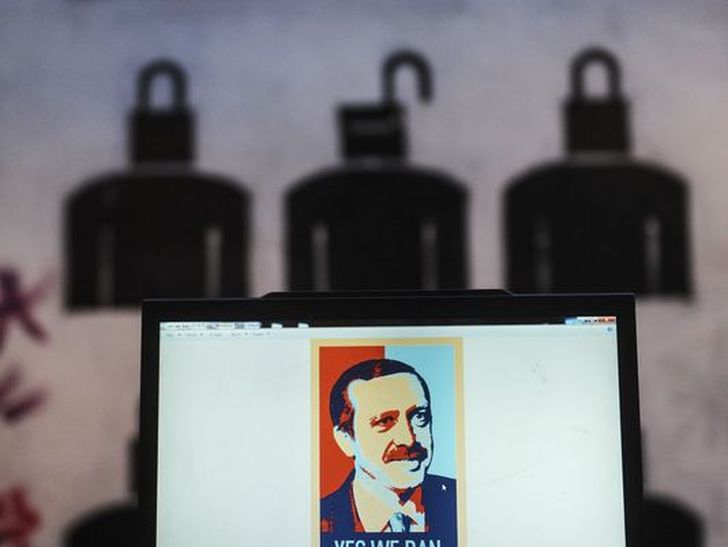 (Photo: Ozan Kose, AFP/Getty Images)
Published by Oren Dorell for USA TODAY
Turkey on Thursday blocked access to YouTube following its recent order banning Twitter after someone posted an audio recording in which senior Turkish officials are purportedly discussing a scheme to create a pretext for waging war on Syria.

The audio claims to be a recording of Turkey’s foreign minister, its intelligence chief and an undersecretary of foreign affairs discussing plans to stage attacks on Turkey from Syrian soil to justify waging a counterattack on Syria, says Ilhan Tanir of the Turkish Daily Today’s Zaman in Istanbul.

The Turkish foreign ministry said the recording had been manipulated, but at a rally in the southeastern city of Diyarbakir on Thursday, Prime Minister Recep Tayyip Erdogan appeared to confirm the leak was genuine, according to the BBC.

“They even leaked a national security meeting,” he said. “This is villainous, this is dishonesty. … Who are you serving by doing audio surveillance of such an important meeting?”

The YouTube blockage caused an uproar across Turkey, with most newspapers carrying the news at the top of their Web pages.
Read more

Facebook Has Become The New Yahoo, And It’s Obvious Mark Zuckerberg Knows It

Trend of Online Casino in 2018