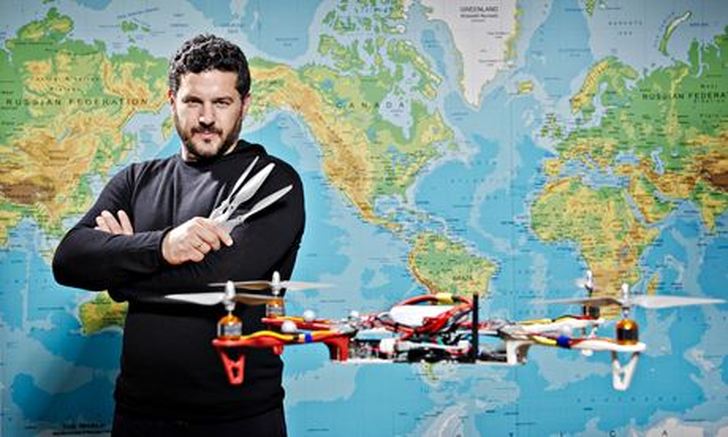 Published by Shane Hickey for The Guardian
Greek entrepreneur Andreas Raptopoulos saw drones being used to deliver pizza and set about solving a real problem.

When Domino’s sent two pepperoni pizzas on a 10-minute drone flight last summer in a publicity stunt to demonstrate how takeaways may be delivered in the future, Andreas Raptopoulos reacted with scorn.

“This is total nonsense. Why the hell would you do that? The public risk to transport a pizza around when you can do it perfectly well with all of the infrastructure you already have there? Why don’t you use the same technology to save somebody’s life when a mother needs medicine or a child needs medicine instead of it being stuck on a lorry on a muddy road. To me, this is where technology works best,” the Greek entrepreneur said.

Raptopoulos had had his eureka moment about the possibilities opened up by drones two years earlier. The night before a presentation at Silicon Valley’s Singularity University – which aims to encourage business leaders to use technology to solve humanitarian problems – it had struck him that a network of unmanned aerial vehicles (UAVs) could deliver medical supplies across parts of the developing world inaccessible by road.

That idea soon became a start-up called Matternet – a network for transporting matter – which aims to help the one billion people who do not have year-round access to roads.

Raptopoulos said the new system would be used to leapfrog the building of infrastructure, in the same way mobile networks have overtaken fixed lines in poorly connected countries.
Read more

McMillions: the bizarre story of how one man stole $24m from McDonald’s

Welcome To The ‘Hotel Influenza’: You Can Get $3500 With One Catch