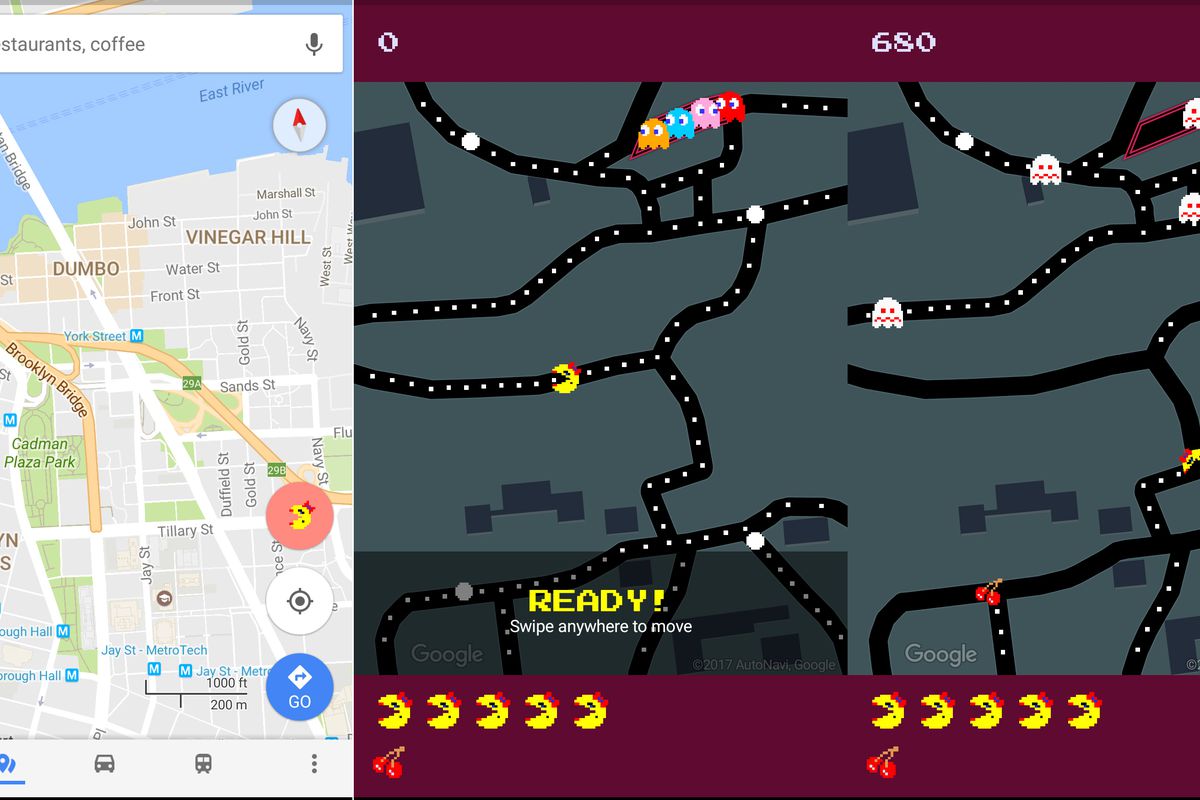 Brace yourselves, it’s already April Fools’ in some parts of the world

Looks like Ms. Pac-Man has paid a visit to the Google Maps app. Every year on April Fools’ Day, Google puts out a bunch of prank videos and Easter eggs, and it looks like the team is revisiting an old idea for 2017.

To find Ms. Pac-Man, open up your Google Maps app and click on the pink button on the right. Unlike the Pac-Man integration from 2015’s prank, it doesn’t turn your current location into the game level. Instead, you’re taken to a random spot in the world and get five lives to outrun the ghosts. (Edit: some users are reporting that the iOS version lets you pick the map, while Android takes you to randomized spots.)

If you prefer to choose your own location in Google Maps to turn into a Ms. Pac-Man game, the web version does appear to support pick-your-own levels (though clicking the button just takes me to a zoomed in version of the current map view, so maybe Google is waiting to roll out the game when it’s officially April 1st in most parts of the world.)

I personally wish Google did something more original than rehash an idea from a few years back, but that doesn’t mean I won’t be spending the whole day running around the virtual globe.

The Future Of Influencer Marketing In 2018: A Virtual Version Of Yourself

What is truly Scandinavian? Absolutely nothing! (VIDEO)

The future is here: Volvo’s 360c concept is more than just a car without a steering wheel